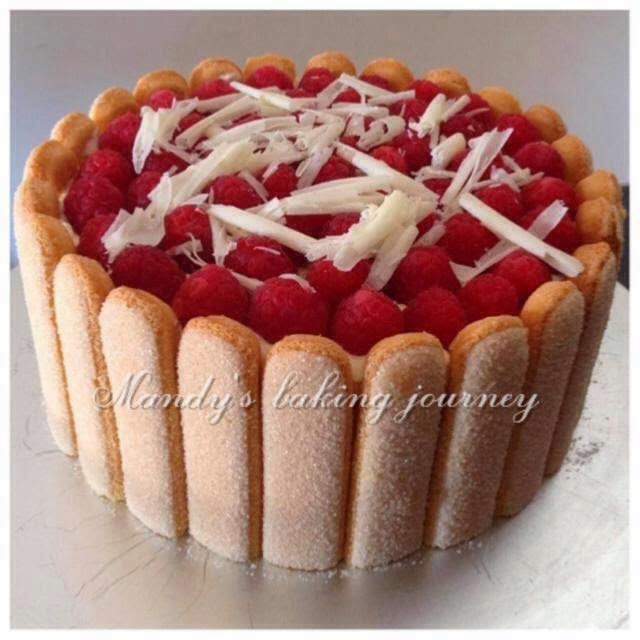 My daughter have been asking for me to make a Tiramisu for her, it's one of her favourite desserts (though she's only been allowed a small serving when I make it.)
There's 2 ingredients that I don't like to give to my children, coffee and alcohol.
So I told her that, Mummy's going to make a Raspberry tiramisu.
She's not keen, I promised her it would taste yummy!
Still, she don't like the idea until I mixed white chocolate in with the mascarpone cream....
Mmmm...... the kids were fighting to lick the spoons after they tasted it.
Though there's no baking involved, this still took a while to put together.
If you want to have a go at making this then you need a ring mould to hold the ladies fingers.
I cut off the bottom of the sponge fingers so it would stand around the mould.
You can use a spring form tin but take out the bottom of the tin.
This is a 7 inch Berrymisu cake. 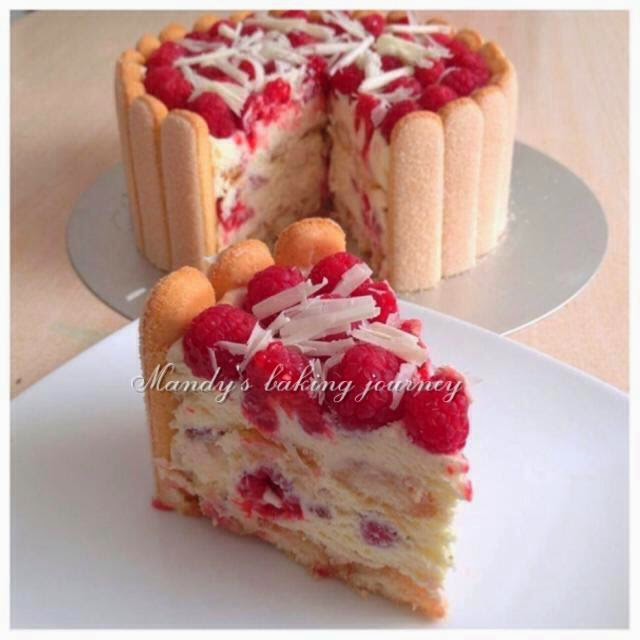